Yellowknife, March 20th, 2018 – CDETNO is pleased to announce the hiring of Mr François Afane as its new Executive Director. Mr Afane will start his new position April 9th and will succeed Antoine Gagnon, who will leave his position on April 13th, after more than three years as CDETNO’s Executive Director. 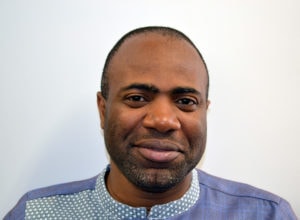 Francois Afane, who currently works for the Conseil économique et coopératif de la Saskatchewan (CÉCS), CDETNO counterpart organization in Saskatchewan, has more than 10 years of experience working for non-profit organizations, the provincial government and the private sector in Canada and the USA. His broad career experiences, his knowledge of economic development and key actors within the French Canadian community make him the perfect candidate to take over the lead at CDETNO.

“We are very satisfied to have recruited François Afane, after a rigorous hiring process from the Board of Directors. We are convinced that he will adapt quickly to his new functions and to his new life in Yellowknife” declared Jean-François Pitre, CDETNO’s President.

As for himself, Francois Afane, specified: “I’m very glad to join CDETNO’s dynamic team and to discover Yellowknife. We will focus our actions and vision towards a change rooted in continuity.”

CDETNO was founded in 2003 with a mission to promote, encourage and support the economic development and employability of Francophones and Francophiles in the NWT. CDETNO is a member of the National Francophone Economic Development Network (RDEE Canada).