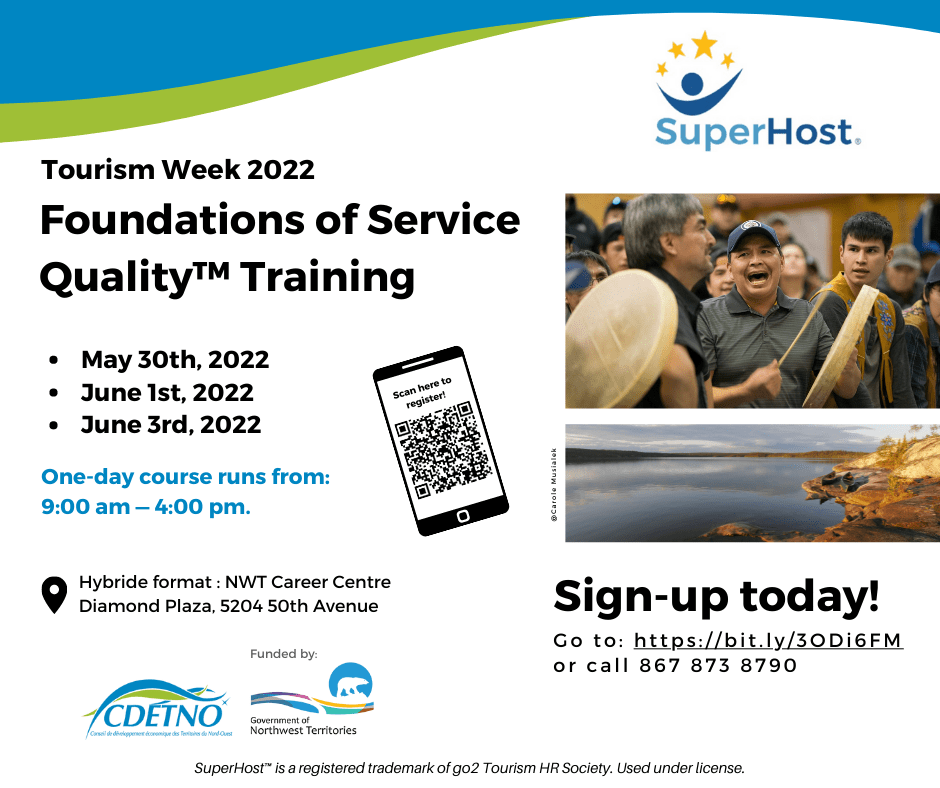 On the occasion of the tourism week, refresh and enhance your customer service skills as the NWT welcomes back the world!

The NWT Career Centre in collaboration with GNWT is running a one-day course online or in-person from 9:00 am — 4:00 pm about the Foundations of Service Quality on May 30th, June 1st, or June 3rd, 2022

*Fees are covered by GNWT -ITI for Tourism Week 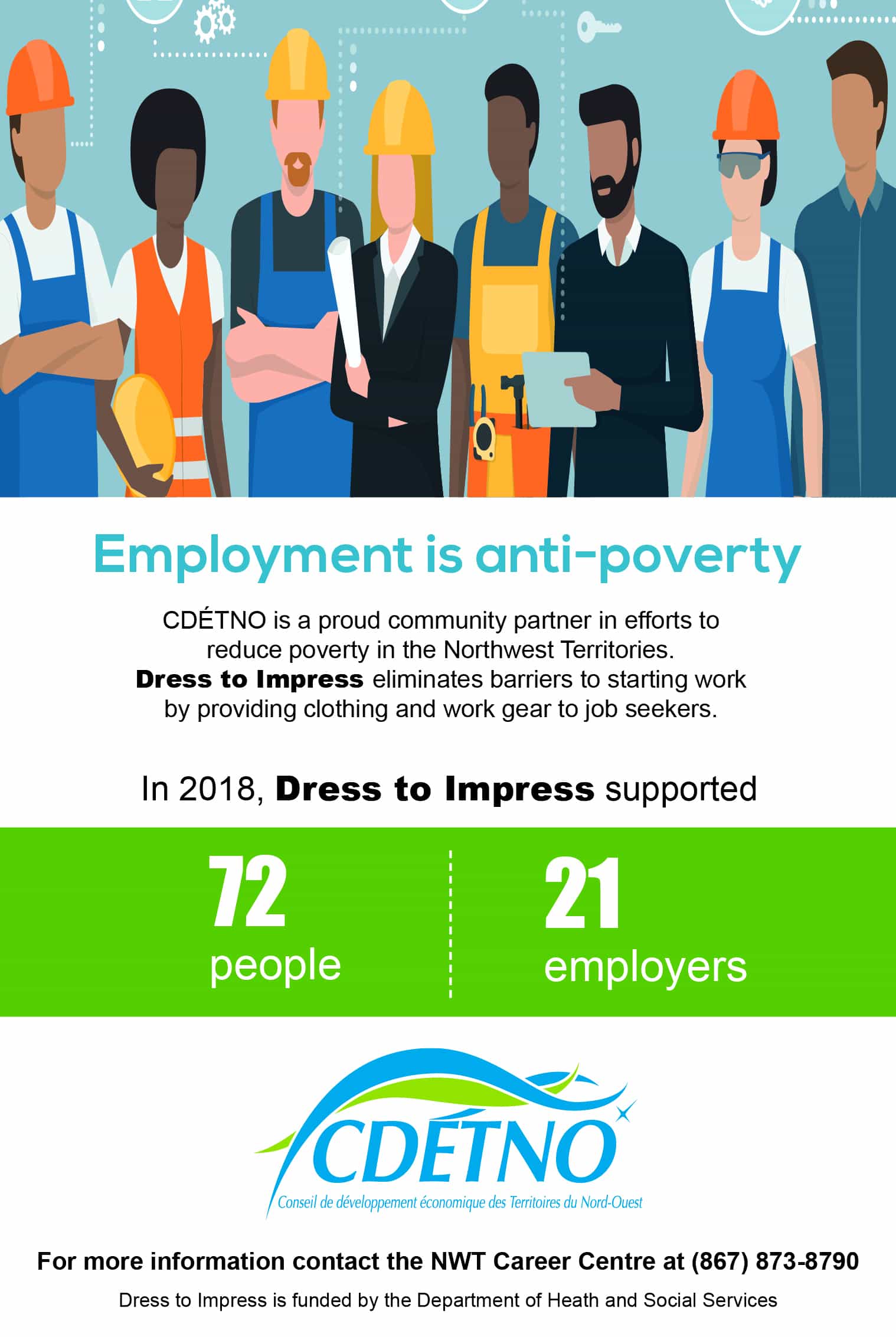 Dress to Impress is seeking mild & cold weather outdoor work wear and office wear in all sizes, styles and for all genders. Clothing is accessed by local job seekers for interviews and for the first weeks on the job. With the support of the community-at-large and via the GNWT Anti-poverty fund, Dress to Impress supported 71 individuals working for 21 employers in 2018-2019.

Dress to Impress provides jobseekers with professional clothing to wear to upcoming job interviews and the first weeks on the job. Its single aim is to reduce the initial costs to those who are beginning employment.

How can you help

Dress to Impress is seeking warm & cold weather outdoor work wear and office wear in all sizes, styles and for all genders. Items in high demand include;

Donated clothing should be gently worn, appropriate, in good condition, contemporary and clean. Consider items that are permanent press, washable and do not require dry cleaning.

Any clothing received and not used by Dress to Impress will be donated to local charities.

Yellowknife, February 05, 2019 – CDETNO is pleased to announce the hiring of Miss Carine Ouedraogo as Communications and Marketing Officer.

Do you run a tourism business*? Translate your promotional content in French and benefit from 2000 words translated from English to French and get 300$ to cover printing expenses of the translated content or web integration.
For more information, contact Mélisande Alric, Administration and Tourism Coordinator. 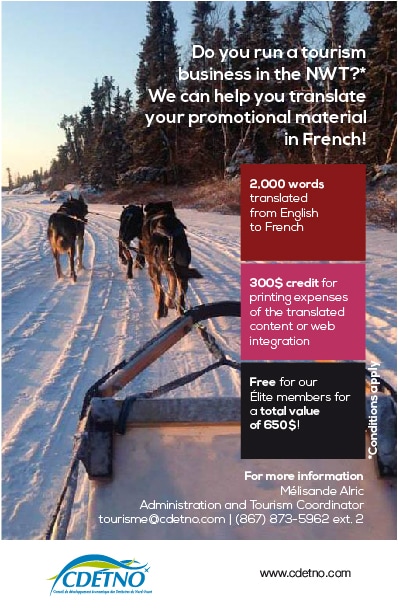 CDETNO is pleased to invite members and the general public to its General Annual Meeting (AGM) on September 12, 2017, at 5 PM at Elks Lodge. 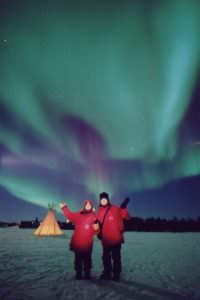 The NWT roads and campsites Guide in French is now available online! 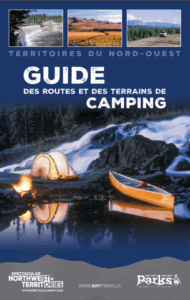 The Honourable Mélanie Joly, Minister of Canadian Heritage, today announced that a project for a Francophone heritage, culture and tourism corridor has been approved to mark the 150th anniversary of Confederation. Canadian Heritage is supporting this project with funding of $2.4 million in 2016–18; the Réseau de développement économique et d’employabilité (RDÉE Canada) will be responsible for its implementation.

This project emerged from the 2015 Ministerial Conference on the Canadian Francophonie in Toronto, which brought together the provincial and territorial ministers responsible for Francophone affairs. The corridor will highlight the tourist attractions of all provinces and territories in Canada with a Francophone cultural heritage.

RDÉE Canada, whose mission is to promote the economic development of Canada’s Francophone and Acadian communities, has already appointed a coordinator. The Honourable Bardish Chagger, Minister of Small Business and Tourism, has also expressed a strong interest in the project.

“Our two official languages are at the heart of who we are, and we are proud to support the French language and culture in Canada. This project, adopted by all provinces and territories, will promote community development and make Canada’s Francophone communities better known across Canada and around the world. It will leave a major legacy of the 150th anniversary of Confederation for the country’s Francophones and Francophiles.”
—The Honourable Mélanie Joly, Minister of Canadian Heritage

“Canada is an outstanding destination, and this project is an asset that enriches what Canada has to offer. By highlighting the French language, we hope to give visitors a rewarding experience and wonderful memories of an important aspect of our identity.”
—The Honourable Bardish Chagger, Minister of Small Business and Tourism

“Our network is very pleased to be entrusted with the responsibility of implementing such an innovative, unifying and beneficial project for Francophone and Acadian communities throughout Canada. This historic project will highlight the contributions of all of Canada’s Francophone communities to the development of our country, and will support Canada’s tourism industry. We thank the Government of Canada for its leadership and the provincial and territorial governments for their collaboration. Through this synergy, this project will help unify Francophone communities and build Canadian economic prosperity.”
—Jean-Guy Bigeau, President and CEO, RDÉE Canada

Quick Facts
• More than four centuries of French presence have profoundly marked Canada’s history and heritage.
• All provinces and territories of Canada have Francophone or Acadian communities.
• The corridor will include sites, tourist attractions, museums and service points that reflect the French fact in Canada.
• The year 2017 marks the 150th anniversary of Confederation, and communities are at the heart of the celebrations.
• The major themes for Canada 150 are diversity and inclusion, reconciliation with Indigenous peoples, the environment and youth.